In this post, I will explain how to build a dual-purpose laptop shade / dew shield for a cost of approximately £20 (GBP). As explained in Dew Formation and Prevention, the simplest way to prevent dew forming on equipment is to shield it from direct exposure to the night sky.

Using this shield will help to extend the life of your equipment and avoid invalidating the warranty, though to be honest I’ve used my trusty laptop for years without a shield and it is still going strong. This shield is also helpful for solar imaging, making it much easier to see the screen in bright sunlight. Read on for full instructions and plans.

The exact size of laptop shield you require will of course depend on the size of your laptop, but the plans presented here will accommodate a large laptop quite comfortably. If you have a small laptop, you may be able to save on materials by scaling things down, but don’t forget to allow room for cables and connectors around the edges of the laptop and also leave sufficient space for your head and arms.

You will require the following materials for this build:

The plan for this build is shown below: 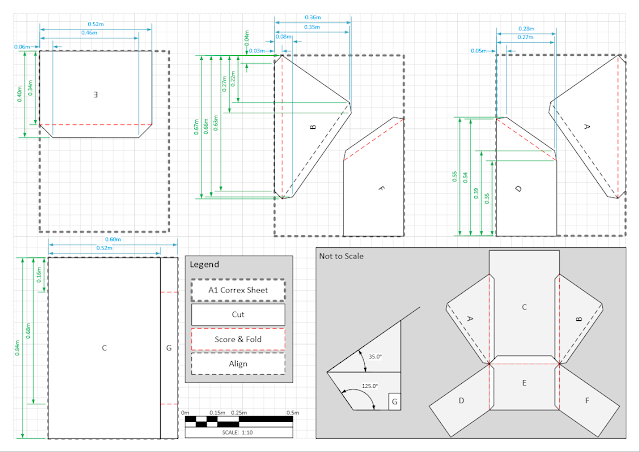 Mark out each piece using the ruler and a ballpoint pen (black ink will show up reasonably well on the black Correx surprisingly enough). Measure twice and cut once; note that parts A and B and D and F are mirror images of each other so once you have cut the first, you can use it as a template to mark out the second piece more quickly.

When cutting the Correx, use the ruler to guide your knife, applying a firm downward pressure to avoid it slipping. Make a first shallow cut, then a second firm cut all the way through the sheet for best results. The Correx will withstand the weight of your hand easily, but don’t kneel or stand on it otherwise you will crush it. 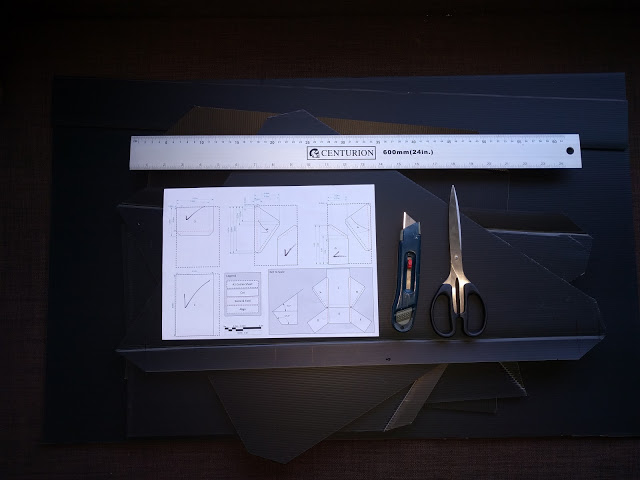 Score along the dotted red lines where shown on the plans. Use the ruler and the back (blunt) side of the scissors firmly to make a deep impression in the sheet, but don’t cut in to the surface with a sharp edge. Note that the scoring should be on the top side of each sheet as shown in the plans. 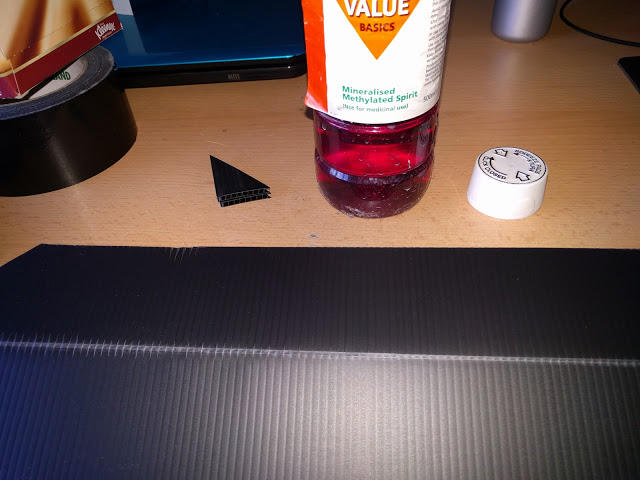 Start folding the scored edge upwards (towards you as shown on the plan). Grasp the rear of the tab with your fingers and press down on the front of the sheet with your thumbs and fold gently, working your way along the scored line. You should find that the sheet folds readily and you will end up with a straight fold. Bend the tab right over flat to the surface of the sheet; it will spring back, but that’s fine for now.

Assemble the shade in the following order:

The first seam is assembled as follows: 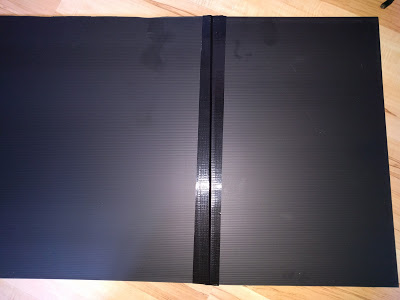 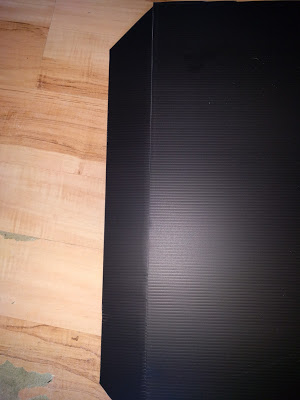 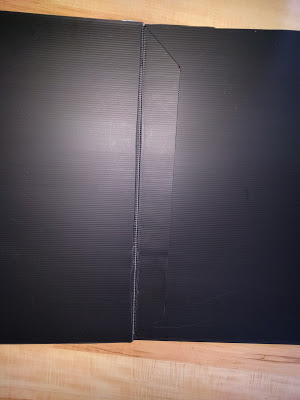 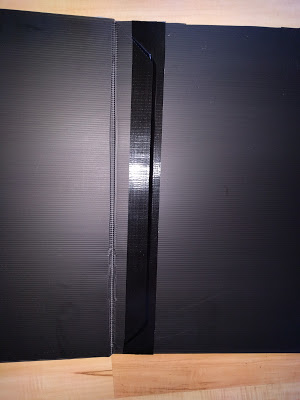 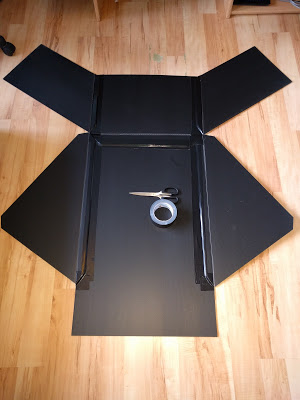 The last part of the process is to fold and stick the flat assembly in to the 3D shape of the laptop shade as follows: 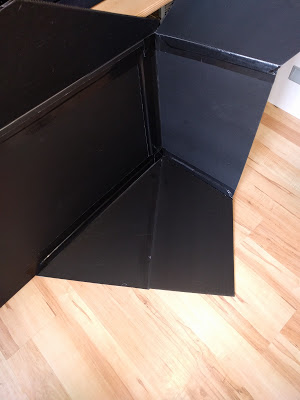 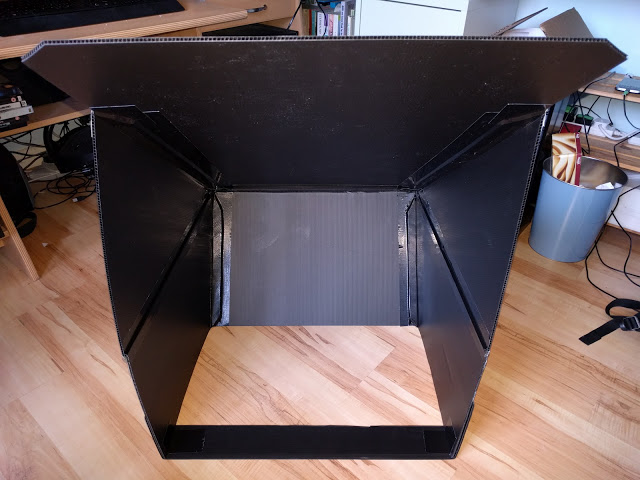 Below you can see that the completed shade sits on top of my laptop box (made from a tool chest), which has a shelf mounted in it for the laptop. The laptop screen can be angled back for best viewing according to whether you are sitting or standing and to reduce any remaining reflections from behind you: 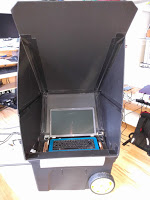